James has worked in Entertainment and P.R.

In the 1990s he founded The Ministry of Fun, with whom he has produced some of the UK’s most memorable PR Stunts and Experiential Campaigns, broken several world records and created a world-famous Santa School.

James will help you effectively connect with your audiences - his wide experience accompanied, as always, by the power of fun. 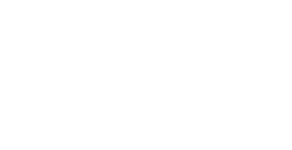 James has written and presented on children’s TV and published a number of joke books. He has created live shows for lots of children’s titles, including ‘Adventure Time’, ‘Mr Men’ and ‘LazyTown’. He is currently enjoying his 12th year as a writer for ‘Thomas and Friends’.

The BBC has commissioned James for shows spanning a range of subjects. In 2014, he wrote ‘WW1 At Home’, a touring BBC Live production commemorating the 100th anniversary of the Great War. He has since completed ‘The Space Race’ for BBC Stargazing Live.

Every Christmas James writes pantomimes and festive shows which are performed on stages and in magical grottos all over the UK.

With a background in Circus and Street Theatre, James created his first show for Bonkers Clowning Company in 1987. A decade later, he produced his first large-scale PR Stunt: a Pantomime Cow Convention for Ben and Jerry’s in Trafalgar Square.

Soon afterwards, he founded Entertainment and PR agency, The Ministry of Fun.

Amongst the hundreds of Shows, Events and PR Stunts he’s directed and produced, there have been stage tours, circus & street shows, pantomimes, flashmobs, projections and giant installations; but James is possibly best known for Santa School, the UK’s only genuine training school for professional Father Christmases. In 2014, this festive institution was the subject of ‘Bad Santas’, a TV documentary series made in partnership with Channel 4. 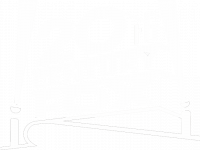 James remains active as a Performer and a Publicist and, in 2022, he co-founded Feejee Mermaid Live, a production company dedicated to the creation of PR Stunts and Live Events.

An enthusiastic believer in the benefits of people working in an atmosphere of hilarity, he has also devised a range of Team Building activities designed to help workmates laugh together as a group and enjoy reaching their own personal triumphs.

James's own career has followed no structured plan whatsoever. His philosophy has always been to throw himself into whatever comes along and see where it leads. In this way, he has enjoyed success and fun in equal measures. He would like nothing more than to help you do the same.

James will help you WOW your audiences.

So get in touch – even if it’s just for fun.